Small quirks add up to painful paper cuts over the course of a prolonged modeling session. In Rhino 6, we've fixed hundreds of minor bugs and consolidated disparate - but similar - features into single commands, making Rhino much more refined.

OneView automatically aligns the Cplanes to your active view, which is very handy when modeling in a single view.

Picture command replaces BackgroundBitmap & PictureFrame and has its own unique, simplified, material type.

Use AddGuide to create infinite lines that can used as temporary modeling aids. Use RemoveGuide to remove them.

Mesh NGons: Meshes can now have facets/faces that are triangles, quads, and N-sided polygons ("Ngons"). Ngons are now supported in a host of commands. File I/O refinements allow for interoperability with formats that support them (.obj, .skp, for example):

Use MeshFromLines to generate a mesh from a line network.

Pixel Perfect on high DPI screens...and yes, even the lower resolution displays too. 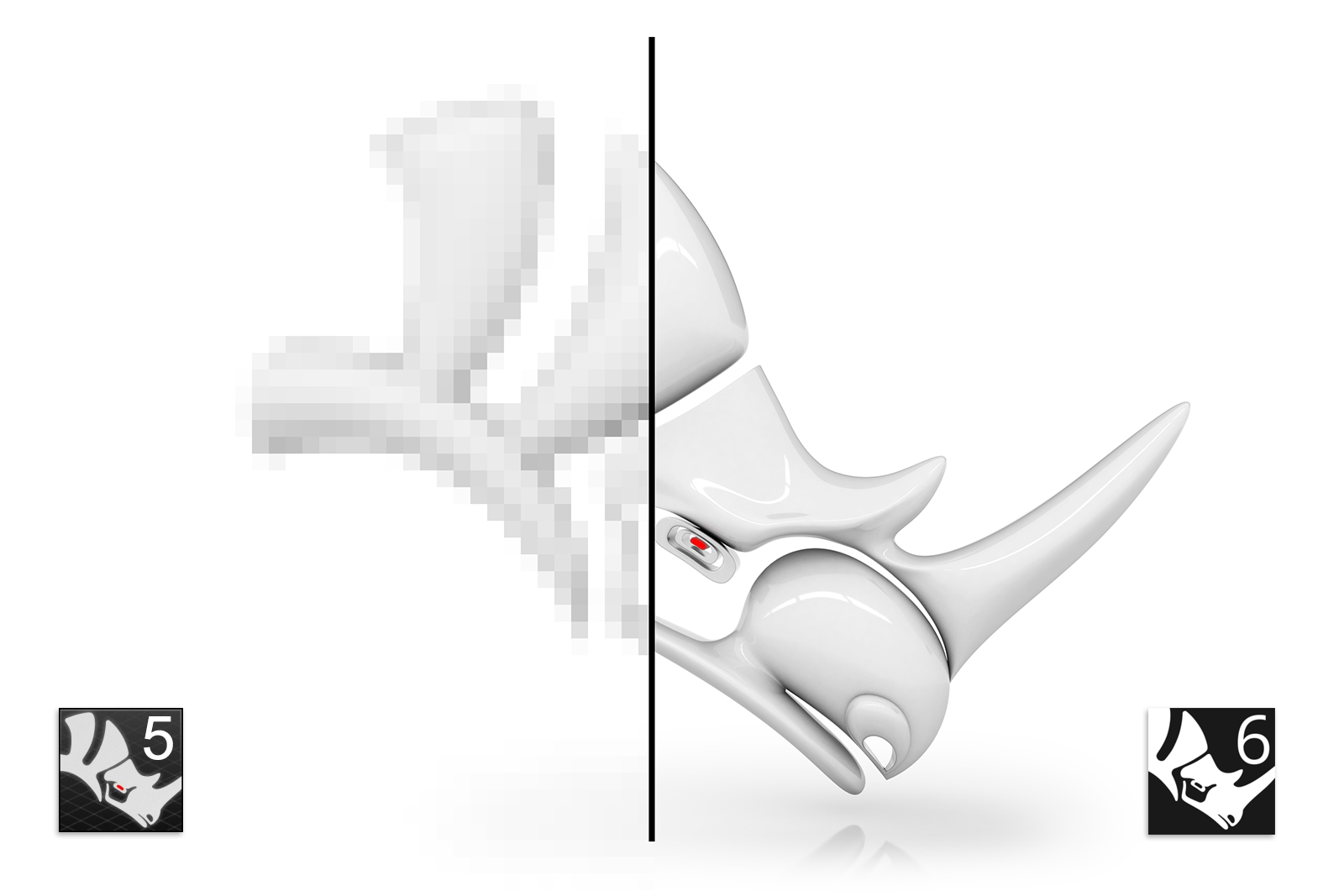 User Text editor built into Object Properties can be used to attach data to objects.

Drag Strength can be set, allowing you to fine-tune position when pixels and mouse movement don't match.

Gumball can now be used to extrude points...

...and extrude on both sides:

BlendSrf is now History enabled: it updates and maintains the type of continuity that was originally chosen.

ExtendSrf is much easier to use: click an edge and drag it in or out. We've added a Merge option to allow the extension (or shrinkage) as a separate surface.

FlowAlongSrf now has a ConstrainNormal option that maintains the simple structure of an object when morphed. This allows you to add draft to objects on a plane and keep the draft direction of the flowed object.

FilletEdge radii and selections can now be edited. Edibility persists on copies of filleted polysurfaces and through file IO.

Use OffsetMultiple to perform the same offset on many selected objects.

Isolate command replaces "Invert Hide," allowing you to focus on your work in a crowded scene.